I have heard many different beliefs about asking Spirit for help. Some traditions or religions believe that you should never ask a spirit for help. Some think that it can hinder the development of the spirit or keep them “stuck” in this realm with you. There are extreme beliefs that the dead cannot be contacted, and if you try, you open some portal for evil spirits to enter.

I can only share what I know. Spirits started talking to me first. I didn’t think I could communicate with them. As I learned to understand how to communicate with them, I learned that it was okay to ask for guidance. I could feel their presence during my communications. It never dawned on me that I was hindering them or that they were from some portal to Hell that they somehow snuck out of. These beliefs are not valid.

If you ask for guidance from your spirits, you should be ready to receive it. If you are not, you will be. What I mean by this is that if you ask for something such as, “I would like to be more independent, please guide me…” it’s not like the fairy tale where the magic lamp is rubbed and “poof!” you are independent! If you ask for independence but are in a situation that doesn’t allow for the independence you seek, you may experience something that forces you better understand how your current situation is keeping you from being independent. Spirit wants you to learn the reason for the discontent or unhappiness before guiding you to options to change it.

For example, I know someone who wanted to find true love. The person could not figure out why she always ended up in unhappy relationships and never felt appreciated. She asked her spirits to guide her to find true love. Right away, she ran into three past relationships within just a few days. It had been years since she saw any of these people. Guy number 1, she ran into at a store, and right away, he started to talk down to her just like when she was in a relationship with him. Guy number 2, she saw at a coffee house with his now pregnant wife. He was drinking a beer and talking down to his wife about her food choices. Guy number 3 was different. It was someone she had dated briefly. He was confident, well adjusted, and successful. He was at the grocery store and walked by and smiled, said hello, and went on his way.

She had an epiphany. Her energy at the time she was in these relationships was the kind that attracted negative, emotionally unstable men. A confident, successful man was not going to be attracted to someone with such low self-esteem. She now understood that she was the magnet to all the instability. All she had to do was change her way of thinking and begin to truly believe that she deserves better in life. She eventually attracted many new suitors, except, now, the ones who would treat her poorly were not attracted to her unique sense of confidence at all.  Her confidence acted as a the filter she needed to weed those types of guys out of the mix. This is how the Spirits guide us. They put experiences in front of us so that we learn from them and can make better choices for ourselves moving forward.

So, don’t ever be afraid to ask for guidance. More importantly, be open to the experiences they send you. Learn from them and apply your newfound knowledge to future opportunities that you are presented with.

This website uses cookies to improve your experience while you navigate through the website. Out of these, the cookies that are categorized as necessary are stored on your browser as they are essential for the working of basic functionalities of the website. We also use third-party cookies that help us analyze and understand how you use this website. These cookies will be stored in your browser only with your consent. You also have the option to opt-out of these cookies. But opting out of some of these cookies may affect your browsing experience.
Necessary Always Enabled
Necessary cookies are absolutely essential for the website to function properly. This category only includes cookies that ensures basic functionalities and security features of the website. These cookies do not store any personal information.
Non-necessary
Any cookies that may not be particularly necessary for the website to function and is used specifically to collect user personal data via analytics, ads, other embedded contents are termed as non-necessary cookies. It is mandatory to procure user consent prior to running these cookies on your website.
SAVE & ACCEPT 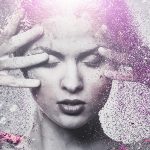 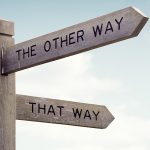 Waiting for a Sign?Third Eye Blog®